As some of you might have read in Straits Times recently, Raffles Hotel Arcade will be closed from 8 February 2017 for a revamp. Unfortunately, there is no guarantee that we can return as tenants after restoration of this heritage Hotel.

In 1994, Mr. Richard Helfer, the  General Manager of Raffles Hotel, then, – who was a loyal customer of CYC The Custom Shop, offered a shop space to us at Raffles Hotel as he felt that there was synergy between our brands’ heritage.

The most memorable event at Raffles Hotel was the exhibition organised by us in 2001, to display the three heritage shirts owned by Mr. Lee Kuan Yew.  Mrs. Lee had kept these shirts which were made in 1964 for Mr. Lee. It was sentimental for her as Mr. Lee had worn one of the shirts at a rally after Singapore’s independence. Many of our loyal clients also donated their shirts that were made more than twenty years ago. It’s amazing that our clients held such sentiments for their shirts and kept them for so many years. Part of the exhibition included a contest for visitors to guess how much fabric was used to make the humongous shirt on display. That shirt was a testament to our production capability.

As business grew, we moved to larger premises in Raffles Hotel in 2003 and have been there since. It has been a memorable 22 years at Raffles Hotel and we want to thank our loyal clients who have given us opportunity to suit them up.

Although it saddens us to leave Raffles Hotel, we believe there is a new season for CYC. We will relocate down the road to another heritage building – Capitol Piazza.

CYC’s flagship retail store in the 60’s was established in a shophouse at 311 North Bridge Road. Older Singaporeans will associate the North Bridge Road location as being close to Capitol as Capitol was a major landmark in the 60’s. We are therefore, elated to find a new home which has been fondly connected to our brand.

As Beryl Markham (West with the Night, 1942) says “…if you must leave a place that you have lived in and loved and where all your yesteryears are buried deep, leave it any way except a slow way, leave it the fastest way you can. Never turn back and never believe that an hour you remember is a better hour because it is dead. Passed years seem safe ones, vanquished ones, while the future lives in a cloud, formidable from a distance.” .

To all our customers, do follow this blog and our facebook page for updates on our relocation. 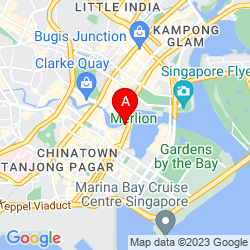 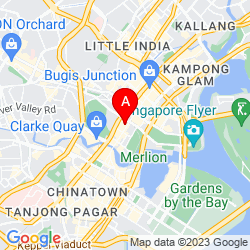